What is Qi Gong, or Chi Gong?

Qigong is a series of exercise movements to cultivate our inner qi (pronounced “Chi”). Qi is the energy in our body or what we scientifically today refer to as bio-electricity. It was created over 4000 years ago in China to help monks live healthier lives. Prior to implementing qigong practice a monk noticed that the monks were getting fat by just meditating. To get them in shape he began a program of daily practice of qigong.

In Chinese medicine, it is believed when we have stagnant qi or blocked energy we become ill or sick. Practicing tai chi qigong helps clear these blockages leading to increased vitality.

There are three types of qigong: medical, health, and martial arts. In medical qigong, a practitioner emits energy to a patient to help them heal from an ailment. Health qigong focuses on maintaining and preventing disease through regular practice of exercises. Martial arts qigong is a very intense form of qigong used to create power and withstand blows to the body. In Chinese, it is known as iron shirt training.

Today, qigong is slowly gaining momentum as a great form of maintaining health and vitality for people of all ages in China and the rest of the world.

Tai chi is closely related to qigong; some say qigong is the father of tai chi. While both cultivate the qi in the body, tai chi is considered a martial art with fighting movements in their forms. Think of it as a series of dance like movements chained together to form a routine. It is more difficult to learn and takes time to understand it’s application and intricacies. Much like other Chinese martial arts there many different forms and styles of tai chi such as Yang and Chen.

Can tai chi qigong help me with stress reduction, work and athletic performance?

Yes, it can! Master Raz Chan has proven it in his successful, competitive martial arts career and in stressful situations such as apprehending a suspect in an attempted carjacking. (If you don’t believe me, Google him, his achievements and credibility have been well documented in the media).

Whether you are a professional athlete, celebrity, CEO, corporate executive or an employee of a cutting edge company, tai chi qigong can help you with mental clarity, and the ability to focus on the present.

The exercises are also low impact, great for all ages and can be done standing or sitting down.

Raz teaches the most effective simple exercises which are suitable for the North American time challenged population. I like to call it functional tai chi qigong. Consider this fact, less than 2% of the population take any form of martial arts.

Teaching traditional tai chi movements often leads people to quit in frustration before they see the benefits. The thought of learning hundreds of techniques does not appeal to most people. If you are a tai chi purist than I am not the teacher for you. However, if you want something easy to comprehend, scientific, and functional while reaping the benefits immediately, my program will help you improve your health tremendously.

Does “Qi” exist? Is tai chi qigong scientifically proven or is it some air fairy mystical eastern fluff?

“I remember my father teaching me as a child. I used to complain that I wanted to learn how to fight not move slow like a turtle. He chuckled at me and said you will see son…when you get older you will understand. He was right, it has served me well throughout my life.”

What is most important that during the 1970s, very little was known about the qi until President Nixon visited China and witnessed an open-heart surgery being done without anesthesia. The patient was awake during the operation while acupuncture needles were used to prevent the feeling of pain.

Up to that point, all studies on tai chi qigong were done by Chinese academic institutions. Today with the use of advanced technological equipment and studies done by world class institutions like Harvard Medical School, they have proven qi energy exists within us. Numerous studies have also verified the effectiveness of tai chi qigong on our mental and physical health.

Curious? Master Raz Chan is hosting two complimentary qigong classes at Le Physique on Dec 7th and 14th. Find out more by giving me a call at 604 873-2255 or send us your questions to info@lephysique.com. 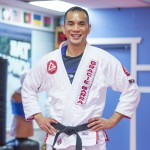 The Difference Between Good Pain Vs. Bad Pain

How to Do The Dead Bug